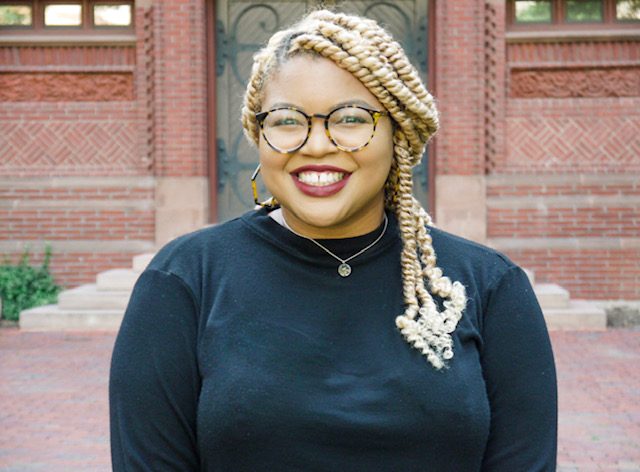 I received my PhD in Sociology from Texas A&M University in 2017 with a designated focus in race, media, and culture. I am an Assistant Professor in the Department of Communication & Media and the Digital Studies Institute at the University of Michigan, a Faculty Associate at the Berkman Klein Center for Internet & Society at Harvard University, and an Affiliated Researcher at New York University’s Center for Critical Race and Digital Studies.

My research follows two broad streams of inquiry: critical algorithm studies and cultural studies of race, gender, popular culture and identity in digital spaces. My work can be found in several peer reviewed outlets including the Sociology of Race & Ethnicity, Social Sciences, the International Journal of Communication, and Information, Communication & Society. I’ve also contributed to popular press outlets such as Time Magazine, Slate, and WNYC On the Media. I serves as Series Associate Editor of Emerald Studies in Media and Communications where I’ve  edited several volumes on digital inequality, global media flows, and new media cultures.

My current work explores themes of communal resistance in Black meme culture. Memes can be described as an element of mass culture that pass from person to person via the internet. As cultural units, memes operate on cultural norms. Once memes make it into the dominant popular culture zeitgeist, they are often adopted by advertisers, celebrities, and other culture brokers—furthering their dominance and consumption. While scholars know that meme culture is contextually specific, there has been little investigation devoted to the study of racially coded memes. I frame a subset of Black memes as counternarratives to mainstream Internet discourse. Head over to my public scholarship page to learn more about this project.